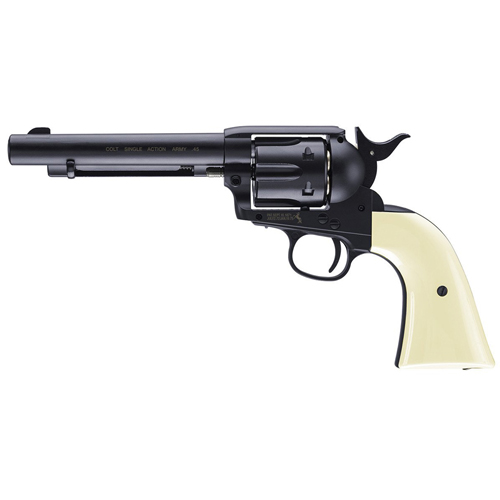 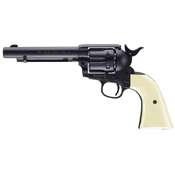 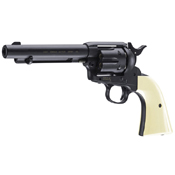 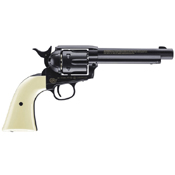 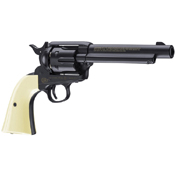 The Colt Peacemaker is a BB-cartridge-loading Single Action Army (SAA) revolver that has the same look, feel, and similar functional features of the .45 Colt Peacemaker sidearm. This is quickly becoming one of the most talked about airguns of 2015 and it was a huge hit at the 2015 SHOT Show with big smiles from everyone who held it. Umarex worked with the Marshals Museum of the frontier town of Fort Smith, Arkansas to produce a limited edition commemorative airgun based on this Colt Peacemaker. The original firearm played an important role in taming the Old West. The limited edition airgun included 500 airguns with a Marshals Museum emblem in the grips. The first gun marked "#1 of 500" will be placed in the Marshals Museum.