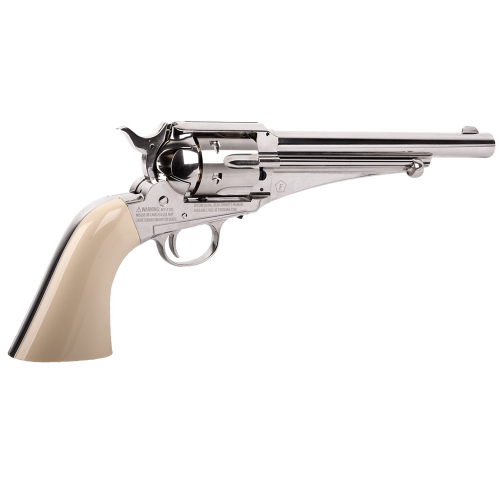 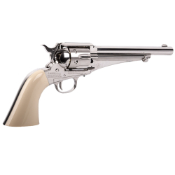 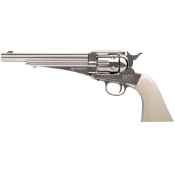 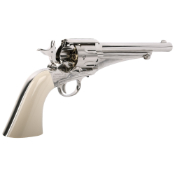 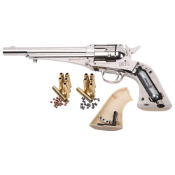 The Remington Model 1875 Single Action Army, also known as the Frontier Army or Improved Army, was produced by E. Remington & Sons, which eventually became the Remington Arms Company, in 1875 and it is based upon the Model 1858. It was made to compete with the Colt Peacemaker and became widely successful, with an order from the Egyptian government for 10,000 pistols. The CO2 model is able to shoot both BB's and pellets (.177 cal), as it includes 6 cartridges for each. With the nickel finish and faux ivory grips, this is one of the best looking replicas we've seen in a long time. It will definitely provide hours of fun in the backyard or training for your next Fast Draw competition. Remington 1875 BB/Pellet Revolver