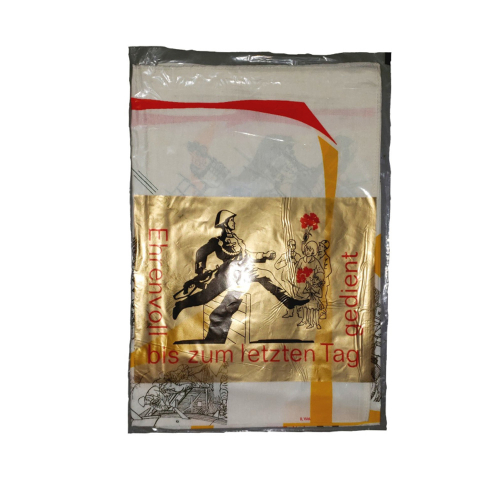 These NVA (National People's Army) Reservist Scarves were intended to be given to NVA soldiers on their last day of army service. Very much a display item, each Scarf is covered in images depicting NVA soldiers performing all sorts of duties during their enlistment. Also depicted are fighter planes (MiG-21), support vehicles, warships, tanks, and even a Scud missile launcher. This is a rare, must-have collectible for any Cold War military collection.