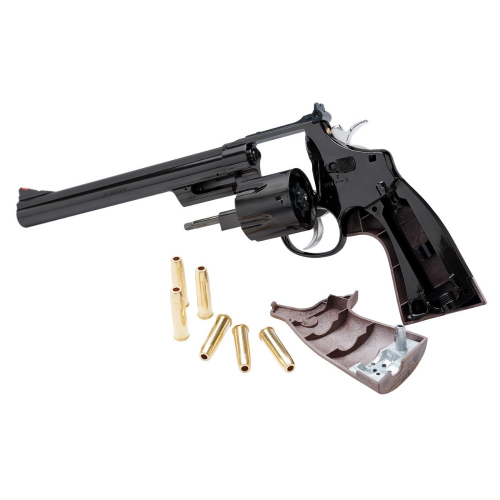 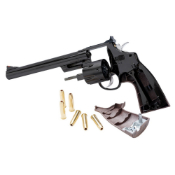 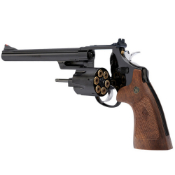 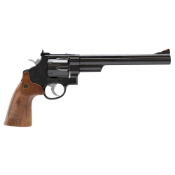 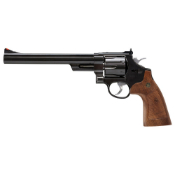 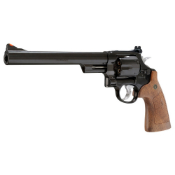 When it comes to iconic guns used as cinema props, Smith & Wesson's Model 29 with its 8-inch barrel takes the cake. The S&W masterpiece played center stage in a 70's film franchise featuring a character that made the phrase, "Make my day." popular. Since that time the M29 has become an object of desire for movie buffs and firearms enthusiasts alike. What has been missing was a CO2 powered replica that lives up to the Smith & Wesson heritage and Umarex standard of accuracy in replicas. But not anymore! In all of its massive glory, the officially licensed S&W M29 air gun is here and it's only available from Umarex, the King of Replicas. Double down and make your day by flinging .177 caliber steel BBs through the 8-inch barrel and at some "bad guy" targets in your home range of backyard. Expect BBs to fly out of that long barrel well over 400 feet per second. Spare BB casings are easy to find and sold in convenient 6 pack packages. This S&W M29 replica airgun is really finished out right with a high polish "blued" electroplating and chromed trigger and hammer.